Indietopia is a non-profit foundation. We are an incubator, accelerator and publisher of games. Our mission is making sure that everyone passionate about game development has a chance at becoming a self-supporting developer. This starts small in Groningen, the Netherlands. However, as the game industry is a global industry, we create global visibility for our teams through social media, our game store and by organising and visiting events.

Game developers can join our Indietopia Citizenship. We have crafted a membership of five tiers, featuring perks such as help with subsidy application, marketing and expert coaching to create the game of your dreams. Furthermore, we give workshops about analogue and digital game design, boardgames, gamification and more.

Before Indietopia, there was Indie Gameleon, an Indie Game Conference, Showcase, and Game jam, held from 2013-2015. The first two editions were held in Groningen, the last one in Hamburg. The first edition of Indie Gameleon was such a big success that event founder Mendel Bouman decided there was enough serious interest for something more permanent. Thus, Indietopia was born.

Indietopia was founded by Mendel on April 1st 2014 (no joke), with the purpose to function as a hub for many (at the time) isolated indie game development studios in the North of the Netherlands. Indietopia opened up in an abandoned building. By supplying Indietopia with this building, the municipality of Groningen gave the Northern Indie Game Scene a place to thrive, while they did not have to worry about the building being squatted. 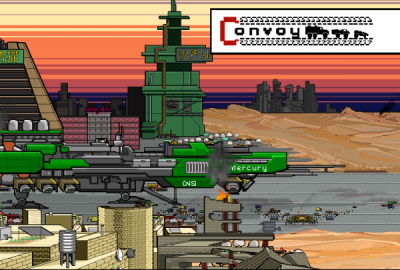 They started publishing with the simple yet elegant Twin Stick Shooter Pulstar. Pulstar sold over 20K copies in the first couple of months and was considered a succes for a first title launched on Steam.

A year later Indietopia Games released Convoy, made by Convoy Games in Leeuwarden. It became a cult hit, selling 50K units in its first month and going well over 100K units in the following year.

From 2014 – 2016, Indietopia managed to grow the Northern Dutch Game industry from 8 indie dev studios to 24 indie game studios while the industry had been stagnant in the years before Indietopia’s entry into the industry.

Despite the growth of the regional industry it became painfully clear In 2016 that many indies not only had trouble with their marketing, but also with their business development and raising funds. For this purpose, Mendel Bouman managed to secure government funding to start the foundation, the Indietopia Accelerator. An accelerator that provides funding and business coaching for Indie Game Developers that are serious about turning their studio into a business.

After the first board that was established fell apart due to a mismatch in expectations, Mendel attracted Indie Game Developer and writer Merijn de Boer as executive director of operations and fellow board member. Together they hired a team and kickstarted the foundation in to action.

On March 1st 2020, Mendel handed over the reigns of the Accelerator Program (the foundation) to Merijn and stepped down as board member. He’s gone on to do other cool things in the music space and indie game space.

The Accelerator Program has since then coached several studios. Thanks to the program, Tweetal Studios received government funding to develop their title Crimson Resonance, Pilot Perils got ported to Switch after releasing on iOS and Android, and Fringe Planet found a private investor due to Indietopia’s presence at Slush in Finland.

Several new studios have since been accepted in the program. Time will tell how they will write history.

The municipality of Westerkwartier supports the FitGaaf! app with an innovation subsidy to enable a pilot with the app in the Westerkwartier region. The app is developed by Indietopia and studio andere koek.

Using mini-games, children learn about healthy eating, drinking, exercising and sleeping over the course of three weeks. With this pilot, FitGaaf! owner  Tom Steffens wants to further improve the app and test how to guide users to local healthy services. 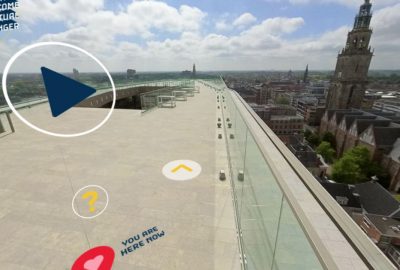 Until early 2020, Indietopia mostly focussed on coaching start-ups in the game industry. But then Covid-19 turned the world upside down. Indietopia started receiving requests by cultural organisations to help them out with innovative ways to reach their audience within covid-19 restrictions.

One of the parties that approached us, was Museum Belvédère in Heerenveen. Together with NHL students, we created a 360° tour  for their expo Relations & Contrasts. We also worked on the Become a virtual Groninger game for Marketing Groningen, featuring hundreds of 360° images, quiz questions, videos, and more. An online tour is a perfect way to entice tourists to visit your city.

Indietopia is eager to help more cultural organisations create an online ‘back-up’ for physical events, by using live streams, drone images and green screens, to name but a few options. 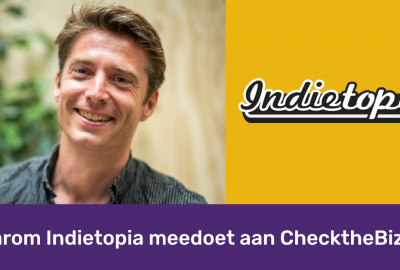 “Had I met a game designer when I was a youngster, I would have worked in this industry at a much earlier age. That’s why I think it’s important to give pupils a glimpse behind the scenes.” says Merijn De Boer, director of Indietopia. In this interview with OTP, Merijn shares his experience with our participation in #ChecktheBizz, why we take part in this initiative and what we learn from it as a company.

From September, startups can work on The Indietopia Accelerator Challenges for a year under the guidance of professional developers. The challenges are a selection of social and cultural issues that require a solution, for example an app or a serious game (Article: Groninger Ondernemers Courant 22 July 2020, Dutch).

During the first lockdown, our director Merijn de Boer made a virtual tour for Museum Belvédère, together with NHL Stenden students. We’re proud to announce that he’s collaborating with the museum once again. From 9 October ’21 – 23 January ’22 you can admire art from games in Heerenveen.

‘Arranged Realism’ is the first expo in the Netherlands where art from screens is translated to reality using new techniques. In an interview with Leeuwarder Courant, Merijn revelead that visitors will get an insight in how game artists work, discover techniques such as rotoscoping and photogrammetry, giclées of game art and 3D printed scenes from games. Read the full interview (‘Museum ontdekt kunst in games’, Leeuwarder Courant, 8 May 2020, Dutch). 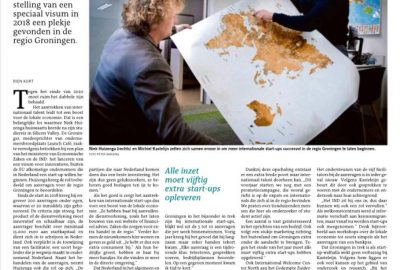 Some of the important goals of Indietopia are to develop talent and to preserve talent in the northern region of the Netherlands. We do this by means of our Indietopia Accelerator program and also by being a Startup Visa facilitator. Our policy plan for 2021-2024 is created as we speak. Primary goal: creating 100 additional jobs in the gaming industry before 2025 (Article: Dagblad van het Noorden, 19 February 2020, Dutch). 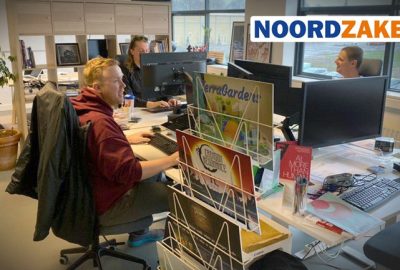 What are the challenges for the game industry in the northern region? And what opportunities does Indietopia offer? Read the full interview with our director Merijn de Boer here (1 February 2020, Dutch). 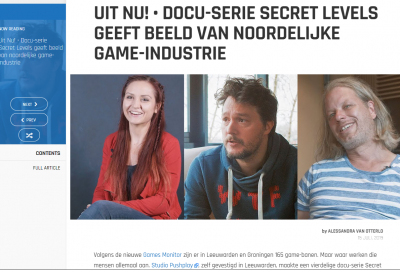 Indietopia features in this article about Secret Levels, a documentary that highlights the northern game industry (15 July 2019, Dutch). 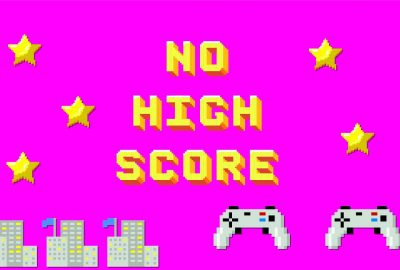 Article about the reasons why the Netherlands is lagging behind in the international game industry (8 July 2019, Dutch). 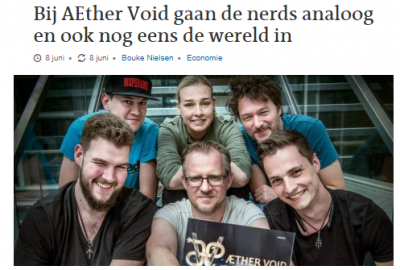 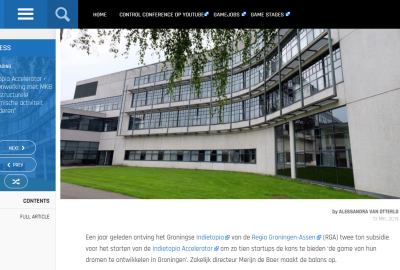 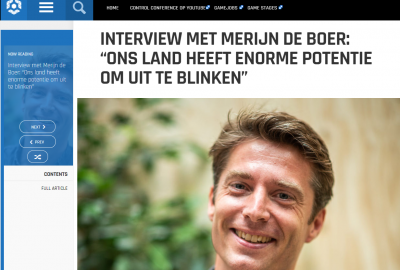 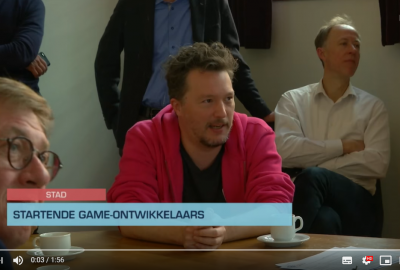 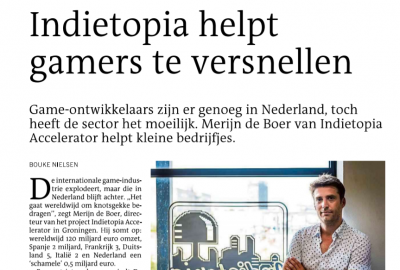 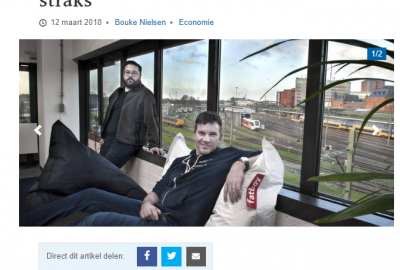 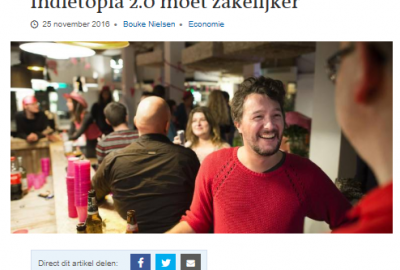 What happened when Indietopia and the municipality of Groningen worked together for a week? (12 November 2015, Dutch). 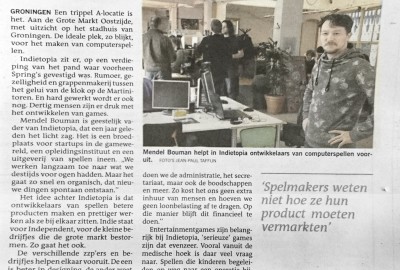 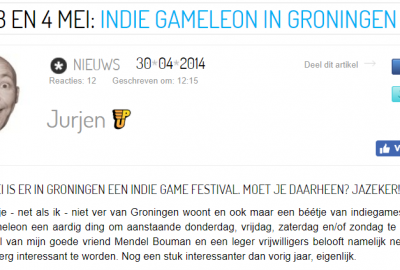 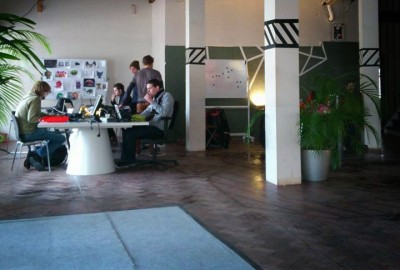 Article about the start of Incubator Indietopia (4 March 2014) 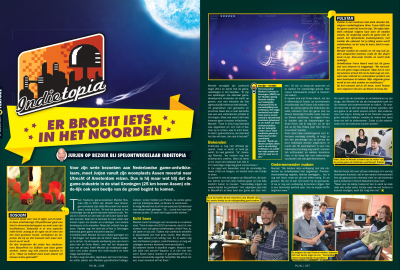