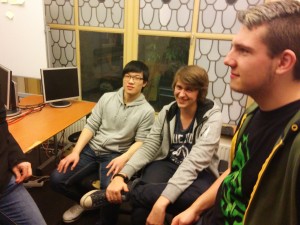 Another awesome meetup has come to an end! Friday the 15th, the 26th edition of the northern game industry gathering was held at Indietopia. Developers had a chance to talk to one another and test their games. Despite the cold weather, the turn up was great! Tongue fu candy gods from Robododo was playable, and there are even plans to expand on it further! Super Flippin’ Phones from Blauwprint was also playable! (Coming out on android today!)
The next industry meeting will be held in Leeuwarden and will be free, as always. If you want to sign up for the next meeting, keep an eye on the Indietopia Facebook and twitter. If you want to showcase your games, don’t forget to bring a laptop! 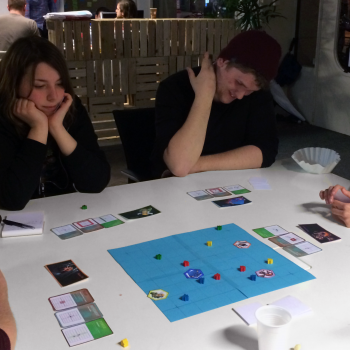